EEBA is located in a beautiful landscaped park in the outskirts of Waterloo, 15 kilometers south of the center of Brussels.

The programme of the European Schools

Pupils normally enter the secondary school in the calendar year in which they turn 11, following the successful completion of the European School’s primary course or an equivalent course duly certified by an officially recognised school.

The seven years of secondary education are organised in the following way: for the first three years, pupils follow a common curriculum, in what is known as the observation cycle. Most subjects are taught in the mother tongue. All pupils will begin to study a second foreign language (L3) from secondary year 1 onwards.

In secondary year 3, all pupils study human sciences and religion or ethics in their first foreign language (L2). 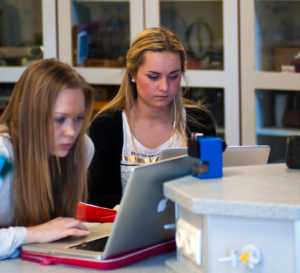 In years 4 and 5 the compulsory course in integrated science is subdivided into physics, chemistry and biology, and pupils may choose between the advanced or the normal course in mathematics. Other options include economics, a third foreign language, latin and Ancient Greek.
Pupils are regularly assessed and reports are issued four times a year. Assessment is based on both course-work and examinations, although formal examinations do not form part of the observation cycle. Criteria established by the Board of Governors are used to decide whether a pupil may move up to the year above at the end of the school year.
Years 6 and 7 form a unit which leads to the European​ Baccalaureate. Although there is a core of compulsory subjects, including mother tongue, Language 2, mathematics, science, philosophy, physical education, history and geography, students have a wide range of further options and may choose to study some subjects for two periods, four periods or at an advanced level.
EEBA will open Year 7 in Septembre 2023.
For the moment pupils can choose between the European​ Baccalaureate, the IBDP programme and the Belgian Secondary Certificate.

Different forms and levels of support are provided, designed to ensure appropriate help for pupils experiencing difficulties and having special educational needs at any point in their school career, to allow them to develop and progress according to their potential and to be successfully integrated.